How Do You Prove a Slip and Fall Accident With No Witnesses?

Slip And Fall Accidents In Wisconsin

Before we answer this question, we should address two errors in the headline. First, injury victims do not have to “prove” anything in court. Instead, they must establish key facts by a preponderance of the evidence (more likely than not). Second, most falls are not “accidents.” For example, property owners accidentally leave the gate open. They do not accidentally fail to address icy patches on sidewalks and other fall hazards.

Additionally, this question puts the cart before the horse. Before witnesses testify about what caused a fall, the victim/plaintiff must show that the landowner was legally responsible for the condition of the property and had a duty of care to make the property reasonably safe.

In sum, a fall injury claim has a lot of moving parts. All these moving parts are like a chemical formula that adds up to maximum compensation for fall injury victims. An Oak Creek slip and fall lawyer must simply follow the steps and work diligently. If these things happen, the final results usually exceed the client’s expectations.

Most people are familiar with the duty of reasonable care. This duty is ingrained in most drivers in Wisconsin. Basically, motorists must drive defensively and avoid accidents if possible.

A similar duty of care applies to most hotel owners, apartment owners, store owners, and other landowners. This responsibility applies if the fall, dog bite, swimming pool drowning, or other victim was an invitee. People are invitees if they have direct permission (come to dinner tomorrow night) or general permission (an “open” sign in the window) to be on the property, and their presence benefits the owner. This benefit could be very small. It could also be economic or non-economic.

A lower duty of care applies if the victim was a licensee (permission but no benefit) or a trespasser (no permission and no benefit). Certain legal rules, like the attractive nuisance rule, give additional protection to some non-invitee victims, like child victims, in some cases.

This classification system, which most states, including Wisconsin, use, has been much criticized. It is rooted in ancient English common law, so the categories do not make much sense to modern people. Additionally, some victims are in multiple categories. If Vicky shops at Walmart for an hour, she is an invitee. If she does not pay for all the items in her cart, she suddenly becomes a trespasser.

Additionally, an Oak Creek slip and fall lawyer must establish that the owner knew, or should have known, about the hazard which caused the injury. Evidence on this point could be direct or circumstantial.

Oak Creek slip and fall lawyers usually find direct evidence of actual knowledge during discovery, which is a phase in a civil lawsuit. Property owners typically hide inspection reports and other “smoking guns” as long as they can. So, if a fall injury claim settles too quickly, the best evidence, and therefore maximum compensation, is usually unavailable.

In lieu of direct evidence, circumstantial evidence of constructive knowledge (should have known) is admissible. Judges typically use the time-notice rule to evaluate this evidence. Assume Vicky slips on a banana peel at Walmart (yes, that really does happen). The color of the peel is related to Walmart’s knowledge:

Evidence in Slip and Fall Cases

Now, we get to the heart of the matter, at least in terms of this post. How do you prove a slip and fall case with no witnesses? The answer is an obscure legal doctrine called res ipsa loquitur. Wisconsin’s version of this legal doctrine, which means “the thing speaks for itself,” if:

Let’s go back to Vicky’s unfortunate Walmart banana peel fall to break down the res ipsa loquitur rule. Assume Walmart had a duty of care and Vicky slipped and fell near the Starbucks which is inside that Walmart. Further, assume no one saw her fall.

As mentioned, falls usually are not accidents. Additionally, it is unlikely that anyone pushed Vicky, especially since no one was close enough to see the fall. Since negligence usually causes such falls, the first RIL prong applies.

The second prong is a bit more problematic. Depending on the lease, major retailers usually do not have exclusive control over the space they sublet to smaller retailers. Similarly, if someone slipped and fell on ice in the Walmart parking lot, the mini-mall’s owner, as opposed to Walmart, would probably be legally responsible for that fall.

What to Expect in a Slip and Fall Lawsuit

We mentioned discovery, which is one phase in a lawsuit, above. But that is not the only part. In fact, it is not even the first part.

Frequently, as soon as victim/plaintiffs file legal paperwork, insurance companies file procedural motions which seek to throw the claim out of court. These motions almost never succeed. But the low success rate does not keep insurance company lawyers from filing them.

Discovery usually comes next. In Wisconsin, each party has a legal obligation to place all its cards on the table during discovery. For victims, discovery usually includes medical examinations, document productions, and oral depositions.

Once discovery ends, there is a very good chance the claim will settle out of court. The closer the trial date comes, the more motivated the insurance company is to resolve the claim. Furthermore, after discovery, each side knows the other’s case very well. So, it is easier to determine the settlement value, which is basically the financial value of the case.

If settlement negotiations stall, most Milwaukee County judges appoint mediators. These individuals supervise negotiations on behalf of the judge, ensuring that both sides negotiate in good faith. As a result, mediation is about 90% successful.

Reach Out to a Dedicated Milwaukee County Slip & Fall Attorney

Accident victims may be entitled to substantial compensation. For a free consultation with an experienced Oak Creek slip and fall lawyer, contact  Martin Law Office, S.C. by calling 414-856-4010. 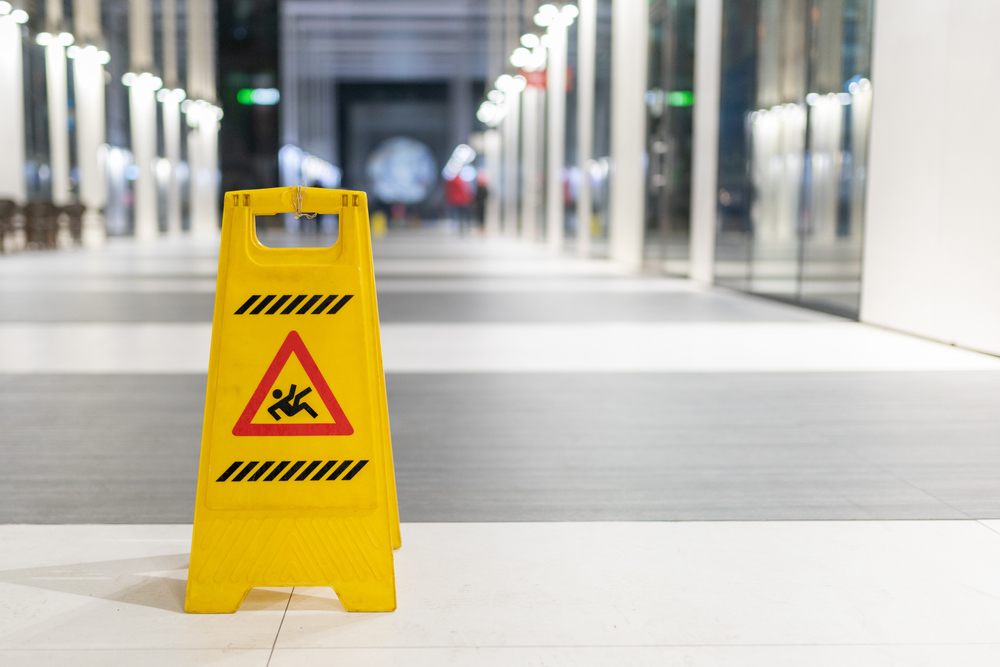