ERISA, the Employee Retirement Income Security Act has its roots in the 1960s, a time of great social and economic change in America. In 1963, the Studebaker Corporation, a large domestic automaker with a troubled financial past, closed its doors. The bankrupt company couldn’t afford to fully fund pensions for all retired workers. At about the same time, allegations that shady union bosses often had nearly exclusive control over corporate pension funds concerned some lawmakers.

Perhaps even more importantly, ERISA establishes a private right of action. If a company violates any of these rules, the financial victims do not have to wait for bureaucrats or lawmakers to do something. Instead, they can work with a Wisconsin ERISA lawyer and pursue legal claims, first in administrative bodies, like the Department of Labor, and then in the federal court system.

ERISA contains no requirement for employers to provide health insurance to their employees or retirees. But, it regulates the operation of health benefit plans if employers decide to establish them. As of 2017, self-funded ERISA plans covered about 60 percent of insured employees in the United States.

ERISA exempts health insurance plans from various state-specific laws, particularly contract and tort law, to create federal uniformity. As a result, ERISA has created tension with reforms that partner with the states, such as the Patient Protection and Affordable Care Act. More on this tension is below.

There have been several significant amendments to ERISA concerning health benefit plans. For example, the Consolidated Omnibus Budget Reconciliation Act of 1985 (COBRA) gives some beneficiaries and employees the right to extend employer-sponsored group healthcare coverage for a limited time after the occurrence of certain events that would otherwise cause termination of such coverage, such as the loss of employment.

Additionally, the Health Insurance Portability and Accountability Act of 1996 (HIPAA) requires most health benefit plans to cover employees’ pre-existing medical conditions in some circumstances. It also bars health benefit plans from certain types of discrimination on the basis of disability, genetic information, and health status.

Other important ERISA amendments include the Mental Health Parity Act, the Newborns’ and Mothers’ Health Protection Act, and the Women’s Health and Cancer Rights Act.

During the 1990s and 2000s, many employers who promised lifetime health coverage to their retirees limited or eliminated those benefits. ERISA doesn’t vest healthcare benefits in the same way as employees become vested in their accrued pension benefits. Employees and retirees who were promised lifetime health coverage may be able to enforce those promises by suing the employer for breach of contract, or by challenging the right of the health benefit plan to change its plan documents to eliminate promised benefits.

Most states have laws in this area. The Badger State’s primary pension law is located in Section 40.22 of the Wisconsin Statutes. This law, and most other state laws, effectively regulate private pension plans. However, they usually don’t include a private right of action. So, a Wisconsin ERISA lawyer cannot take independent action to enforce this law’s provisions.

Therefore, the ERISA presumption is quite important. Unless this federal law preempts (takes precedence over) state laws, victims may have no legal recourse if a health plan wrongfully refuses to pay for treatment. Typically, a three-prong analysis determines if ERISA or the state law applies to a particular situation:

If the ERISA preemption applies, the only remedy available to a covered person who has been denied benefits or dropped from coverage altogether is to obtain an order from a federal judge. This order must instruct the Plan (in actuality the insurance company that underwrites and administers it) to pay for all “medically necessary” care. If a person dies before the case can be heard, the claim dies as well. ERISA provides no remedy for an injury or wrongful death caused by the withholding of care.

These ERISA hearings are usually paper reviews. Since plaintiffs have no right to present live testimony in ERISA bench trials, the judge simply reads through the documents that formed the record originally before the ERISA plan administrator.

Preemption is not always a good thing. ERISA preempts all conflicting state laws, including state statutes prohibiting unfair claims practices and causes of action arising under state common law for insurance bad faith. Since ERISA insurers have some immunities unavailable to other types of insurance companies, even if it acted in bad faith in denying benefits, victims or survivors cannot file a wrongful death or personal injury actions against the insurance company.

There are two main types of ERISA pension plans: defined benefit plans and defined contribution plans. Defined benefit plans provide retirees with a certain level of benefits based on years of service, salary, and other factors. Defined contribution plans provide retirees with benefits based on the amount and investment performance of contributions made by the employee and/or employer over a number of years.

As mentioned, ERISA does not contain a health insurance mandate. Similarly, this law doesn’t require employers to establish pension plans. Likewise, it doesn’t require that plans provide a minimum level of benefits, at least in most cases. Instead, it regulates pension plan operations.

Under ERISA, pension plans must provide for vesting of employees’ pension benefits after a specified minimum number of years. ERISA requires that the employers who sponsor plans satisfy certain minimum funding requirements.

ERISA also regulates pension plan payments and other benefits. For example, a defined benefit plan must pay a married participant’s pension as a “joint-and-survivor annuity” that provides continuing benefits to the surviving spouse, unless both participant and spouse expressly waive the survivor coverage.

Reach Out to Our Milwaukee County ERISA Attorney

If a government-regulated private plan denies healthcare or other benefits, you may have legal options. For a free consultation with an experienced Wisconsin ERISA lawyer, contact the Martin Law Office, S.C. by calling 414-856-4010. Virtual, home and after-hours visits are available. 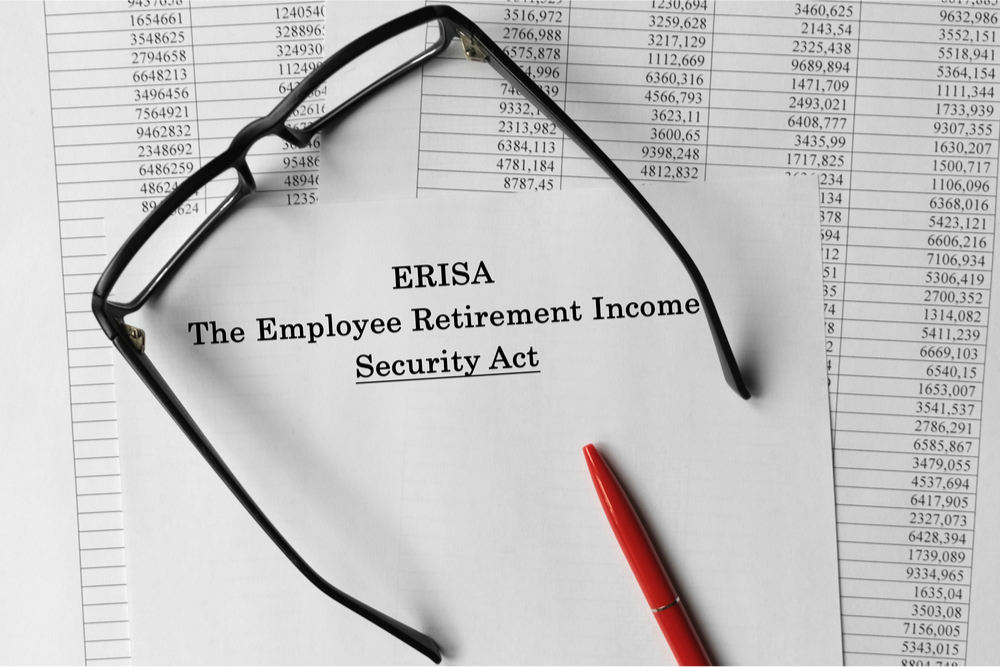