What Are Some Common Causes of Winter Car Accidents in Wisconsin?

At least from a certain point of view, car wrecks are not accidents. As a result, some advocates have pushed for lawmakers, journalists, and others to replace the word accident with crash, collision, or wreck instead. These calls may be meritorious. People accidentally leave the water running, but they don’t accidentally get drunk and cause vehicle collisions. Furthermore, the a-word is relatively unique in this context. Usually, ships sink, planes crash, and trains wreck. Only vehicle collisions are accidents.

Some decision-makers and journalists have responded to this plea, and some have not. The ones who haven’t changed usually note that vehicle collisions are usually unintentional. Therefore, the a-word is appropriate.

Regardless of what word is used, the number of vehicle collisions in Wisconsin usually increases during the late fall, winter, and early spring. Today’s vehicles are so large and fast that any high-speed collision could cause serious, permanent, or fatal injuries. A Wisconsin car accident lawyer can obtain the compensation these victims need and deserve. This compensation usually includes money for economic losses, such as medical bills, and noneconomic losses, such as pain and suffering.

Usually, negligence is a lack of ordinary care. Most drivers have a duty of reasonable care to others that they share the road. They must drive defensively, obey the rules of the road, and most importantly for winter collisions, adjust to changing conditions. If the driver’s behavior falls below the standard of care, they may be culpable for a resulting crash.

Distracted driving, which is any kind of diversion of attention while behind the wheel, is a good example of negligence. If Denice glanced at her phone and missed a curve, most jurors would say she probably wasn’t negligent. However, if Denice had been skipping through tunes for the last several blocks, most jurors would probably say she was negligent.

Uber drivers, taxi drivers, and other commercial operators usually have a higher duty of care. These individuals must take affirmative steps to avoid wrecks.

Sometimes, negligence is a lack of statutory care, as opposed to a lack of reasonable care. The negligence per se shortcut could apply if the tortfeasor (negligent driver):

The negligence per se rule usually only applies if an emergency responder issues traffic or other citation.

Compensation for car crash injuries is usually available if the victim/plaintiff proves negligence, or a lack of care, by a preponderance of the evidence, or more likely than not. There are basically three kinds of possible negligence in a winter car accident.

Driving errors, like running a red light or speeding, cause about half the fatal car wrecks in Wisconsin. These wrecks often involve the negligence per se shortcut, which was mentioned above. However, also as mentioned above, emergency responders often don’t issue citations in these situations.

Many law enforcement officers believe car wrecks are civil matters. Therefore, they don’t want to write citations and get sucked into them. Insurance adjusters often assign fault in car accident cases as well, even if emergency responders didn’t cite anyone. However, an insurance adjuster’s fault decision is not legally binding.

Negligence per se is not the only option in operational negligence cases. The ordinary negligence doctrine is available as well.

Speeding is a good example. The posted speed limit is a presumptively reasonable speed under ideal conditions. The duty of care requires drivers to slow down under bad conditions, like poor weather, heavy traffic, or road damage.

Cloudy skies, slick roads, and high winds are usually the prevailing conditions during a Wisconsin winter. When car wrecks occur during such times, news reporters, and emergency responders as well, usually say the weather “caused” the wreck. In most cases, the weather may contribute to wrecks, but it doesn’t cause them.

The driver’s failure to adjust to conditions usually causes such wrecks. Driver impairment could contribute to a collision as well.

Occasionally, extreme weather events, like lightning strikes and unexpected gale-force wind gusts, truly cause accidents. The duty of care is high, but it doesn’t account for completely unanticipated events such as these.

Reach Out to a Hard-Hitting Milwaukee County Car Accident Attorney

Injury victims can be entitled to substantial compensation depending on the details of their injury incident. For a free consultation with an experienced Wisconsin car accident attorney, contact the Martin Law Office, S.C. by calling 414-856-4010. We do not charge upfront legal fees in these matters. 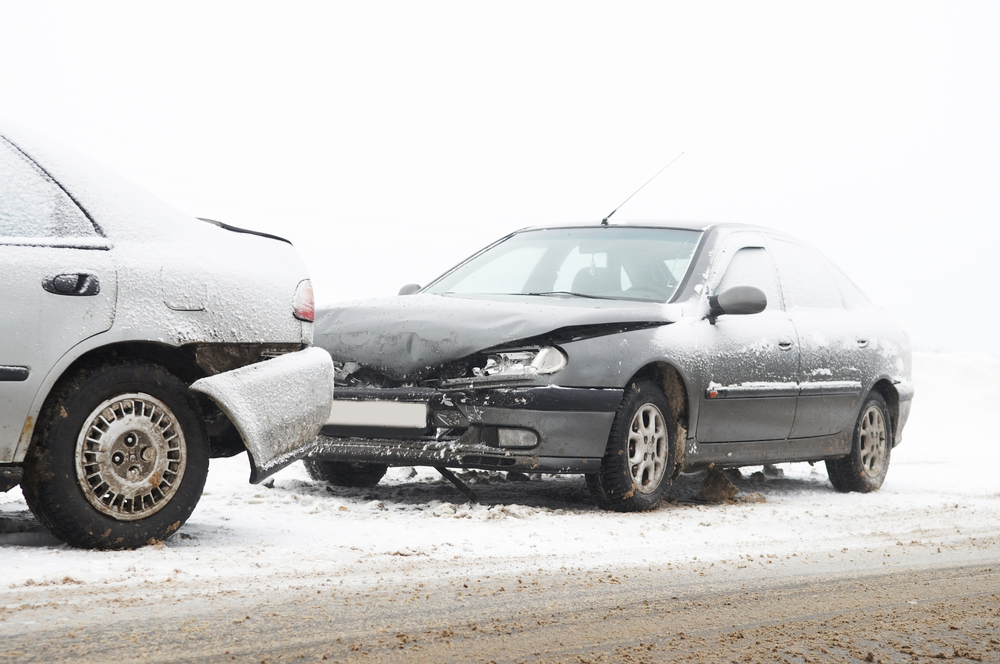