Can Wisconsin Malpractice Lawyers Obtain Compensation for a Botched Surgery?

All medical malpractice cases, like other negligence claims, begin with a duty of care. Doctors have a fiduciary duty. That’s one of the highest legal responsibilities in Wisconsin. In a nutshell, “physicians have a responsibility to maintain independence and impartiality in their medical decision-making, and to always put the well-being of their patients first and to not allow their judgment to be compromised by these other influences.” In practical terms, doctors cannot make mistakes. Any error is usually negligence.

That being said, negligence is a lack of care. It’s not merely a bad result unless the doctor promised a different result. Furthermore, although most mistakes constitute negligence, not all errors are negligent. If the doctor begins surgery late so he can take his daughter to school, that’s probably not medical negligence.

The insurance companies that represent negligent doctors in court have nearly unlimited resources. They pour these resources into legal defenses. And, since they do not want to establish a pattern, they often hesitate to settle these matters out of court. A Wisconsin malpractice lawyer cannot match these resources. But what attorneys lack in resources, they make up in dedication to their clients. That passion levels the playing field.

Generally, surgery is a last resort. Most doctors see most patients for weeks, months, or even longer before they schedule surgical dates. Furthermore, even if the patient has day surgery, no one walks out of the hospital as soon as the anesthesia wears off. So, there are basically three phases of a surgical procedure. Something could go seriously wrong at any one of these points.

Frequently, surgical mistakes happen long before the medical staff prepares patients for their procedures. Labor and delivery errors are a good example.

The potential for prenatal errors is high. The warning signs, such as an obese mother or a mother with a history of difficult deliveries, are usually clear. However, doctors often ignore these red flags. Sometimes, a doctor dismisses the danger as a “borderline” hazard that does not require additional attention. Other times, doctors approach hazards with an “I’ve got this” attitude, and they do not ask for help.

Confidence is an excellent and necessary trait in a doctor. Overconfidence is dangerous and, in many cases, life-threatening.

Unreliable test results are often a concern as well. Usually, for cost reasons, doctors often over-delegate such matters to technicians or physician assistants. As outlined above, such over-delegation violates the duty of care. Doctors must do what is best for their patients, not what is best for their profit margins. Non-physicians are highly-qualified medical professionals, but test result interpretation is usually above their pay grade.

On a related note, there is sometimes no information at all. Some doctors do not perform a full array of diagnostic tests, mostly because they are afraid the insurance company will not pay for them. The lack of information often has disastrous consequences for patients.

Pre-surgical anesthesia errors are far too common as well. Anesthesiologists often don’t thoroughly review patient records, so they administer medicine that triggers a severe allergic reaction. The level of medication could be an issue as well. Too much, and the patient may not wake up. Not enough, and the patient may wake up too soon.

It is difficult to believe that errors like operating on the wrong part of the body, or even the wrong patient, happen in Wisconsin hospitals. But they do, especially in busy operating rooms. A brief team meeting and file review prior to the procedure would most likely eliminate such errors. But many doctors are so pressed for time they do not take this simple precaution.

Instrument problems happen as well. The team usually superheats surgical instruments to sanitize them. Too hot, and they burn the patient. Not hot enough, and the risk of infection skyrockets.

Incidentally, doctors cannot blame instrument problems, test issues, or any other shortcomings on the medical staff, at least not in civil court. The doctor is responsible for all medical care issues.

Some doctors are in a hurry to get started, and some are in a hurry to finish, so they can get to their next appointments. Frequently in these situations, doctors close patients before all surgical instruments, like sponges, are removed. Once again, a relatively minor precaution, like an instrument count, would eliminate such errors. Unfortunately, asking for a few moments of a doctor’s time is often asking too much, even if the patient’s well-being is at stake.

The risk of a botched surgery does not end once the patient arrives in the recovery room. If anything, the risk increases.

Mild surgical complications, like a more invasive procedure that the doctor predicted, are common in these cases. But the medical staff has a schedule to keep, and the health insurance company dictates that schedule. Hospitals cannot base patient discharge times on the insurance company’s rules. Instead, as mentioned above, they cannot allow outside influences to compromise their judgment. The doctor must base the discharge time solely upon what’s best for the patient.

Infections are common as well. Hospitals are breeding grounds for various kinds of bacteria and viruses.

Sometimes, infections are not entirely the doctor’s fault. A defective product, such as a Bair Hugger Warming Blanket, is sometimes the problem. This gadget sucks air from the floor, heats it, and uses it to warm the patient’s blanket. That sounds great since most hospitals are rather cold. But the air near the floor has more bacteria than air higher up. Heat multiplies the bacteria. The infected air then collects around the patient’s still-healing wounds.

Usually, manufacturers are strictly liable for the injuries their defective products cause. Negligence, or lack thereof, is typically irrelevant.

Damages in a medical malpractice claim normally include compensation for:

Because the duty of care is so high, jurors usually award substantial punitive damages in these cases as well.

Reach Out to a Hard-Hitting Milwaukee County Malpractice Attorney

If negligence causes an injury, compensation is usually available. For a free consultation with an experienced Wisconsin malpractice lawyer, contact the Martin Law Office, S.C. by going online or calling 414-856-4010. We do not charge upfront legal fees in these matters. 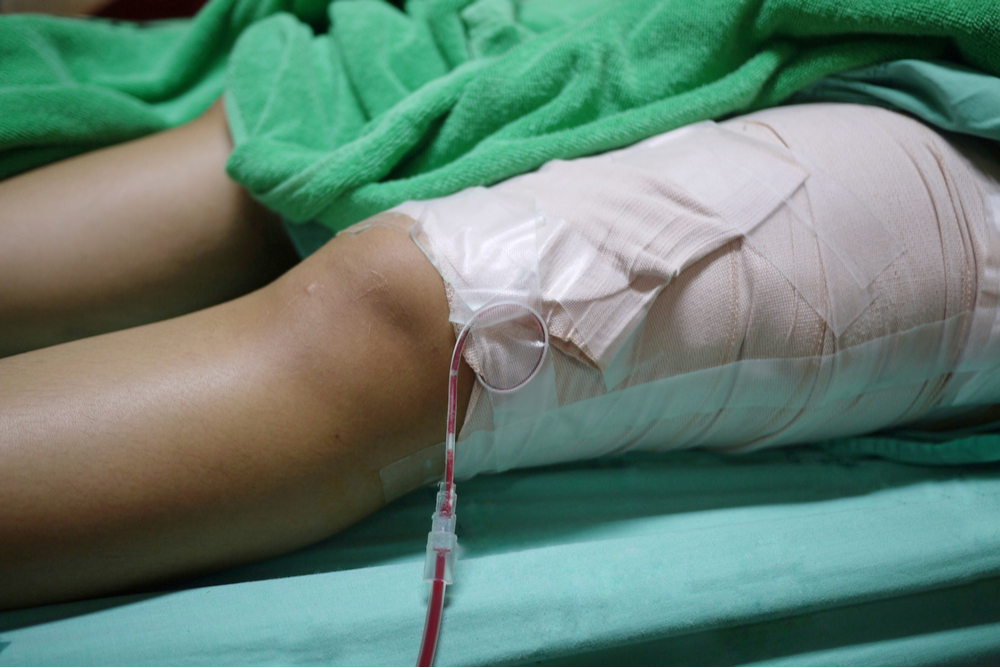