Almost everything has changed significantly over the past 20 years, and dog bite settlement amounts are no exception. In fact, the average animal attack payout has more than doubled since 2003.

Medical bill inflation, which has increased steadily since the end of the Great Recession, has much to do with that increase. The ever-broadening nature of dog bite laws, especially in places like Wisconsin, has an influence as well. More on that below.

Dog bites cause severe emotional and physical wounds. Emotionally, many victims struggle with Post Traumatic Stress Disorder. Frequently, PTSD is so severe that victims cannot be around any dogs at all. Physically, animal attacks cause gruesome wounds that are always permanent and usually life-threatening.

Because of the nature of these injuries, and the favorable state of Wisconsin dog bite law, these victims are usually entitled to substantial compensation. However, insurance companies do not simply give this money away. Instead, a Wisconsin dog bite lawyer must build an evidence-based claim, and then strongly advocate for you.

Wisconsin has one of the broadest strict liability statutes in the country. Almost regardless of the surrounding circumstances, owners are responsible for “the full amount of damages caused by the dog injuring or causing injury to a person, domestic animal or property.”

Liability extends to both the knockdown, when the dog lunges at the victim, and bite injuries themselves. To make a prima facie case, victims must only prove causation. This element is very straightforward in animal attack cases.

The broad nature of this law is one potential problem. Most people on the jury are probably pet owners. To some pet owners, the expansive Wisconsin dog bite law basically penalizes owners, especially ones who choose to own large dogs or animals with troubled pasts.

Additionally, the provocation defense is usually available in strict liability claims. However, in Wisconsin, the P-word has a very narrow meaning. Victims must intentionally provoke animals. They cannot accidentally provoke them by moving fast or making a loud noise.

Furthermore, provocation is usually a physical act in Wisconsin. Verbal teasing is usually not enough. Instead, the victim must inflict so much pain on the animal that it had to respond violently to defend itself.

This Latin word means “knowledge.” Owners are also fully liable for animal attack damages if they knew the animal was dangerous and did not take proper precautions, such as confining the animal or keeping it away from people. Evidence of knowledge usually includes pre-bite behavior, such as:

Previous attacks, whether the victim was an animal or a person, might be admissible as well, especially if the attacks were recent.

Lack of knowledge is one of the most common scienter defenses. The victim/plaintiff must prove actual knowledge. Many animals are well-behaved around their owners and vicious in other environments. Furthermore, there must usually be enough of a gap between the aforementioned pre-bite behavior and the attack so an owner could bring the dog to heal.

Some negligence defenses, such as comparative fault and assumption of the risk, might be available in scienter claims as well.

Evidence is the foundation of most injury claims. However, sometimes the state essentially proves claims for victims. That’s the essence of negligence per se, which is basically a violation of safety law.

Most municipalities have strict leash laws, fence laws, and other animal restraint laws. If the owner broke such a law, and that violation substantially caused injury, the owner could be responsible for damages as a matter of law.

Additionally, Wisconsin is one of the only states with a criminal penalty. If the dog injures a person, even if the owner did not know the animal was potentially vicious, a fine of up to $1,000 could apply. This citation is essentially conclusive evidence that the dog attacked the victim.

The second negligence per se prong, substantial causation, is sometimes difficult to prove, especially in leash law and fence law claims. Just because a dog roams free does not mean it will attack someone. However, an attack is much more likely in these cases. Sometimes, that showing is enough to establish liability.

Most dog bite victims are social guests. These individuals are usually invitees under Wisconsin dog bite law. Invitees have permission to be on the premises and their presence benefits the owner. In this case, the permission is usually an invitation. The benefit is usually the non-economic benefit of social interaction.

If the victim was an invitee, the owner had a duty of reasonable care. This duty requires owners to put safety first and anticipate hazards, like vicious dogs.

We discussed knowledge of the hazard above. The same principles in a scienter claim usually apply to knowledge in a premises liability claim.

Non-property owners can be negligent as well. For example, a school teacher is usually negligent if he lets children play near a strange dog.

We touched on the two most common negligence defenses above. Contributory negligence shifts blame for the bite from the owner to the victim. Usually, insurance company lawyers claim the victim provoked the dog. In this context, verbal teasing, and maybe even accidental provocation, might be enough to reduce the compensation the victim receives.

Assumption of the risk, which usually involves a warning sign, is the voluntary assumption of a known risk. A sign itself is not enough. The insurance company must still prove, by a preponderance of the evidence, that the victim saw the sign, could read it, and could understand what it meant.

Reach Out to a Hard-Hitting Milwaukee County Attorney

If negligence causes an injury, compensation is usually available. For a free consultation with an experienced Wisconsin dog bite injury attorney, contact the Martin Law Office, S.C. at 414-856-4010. We do not charge upfront legal fees in these matters. 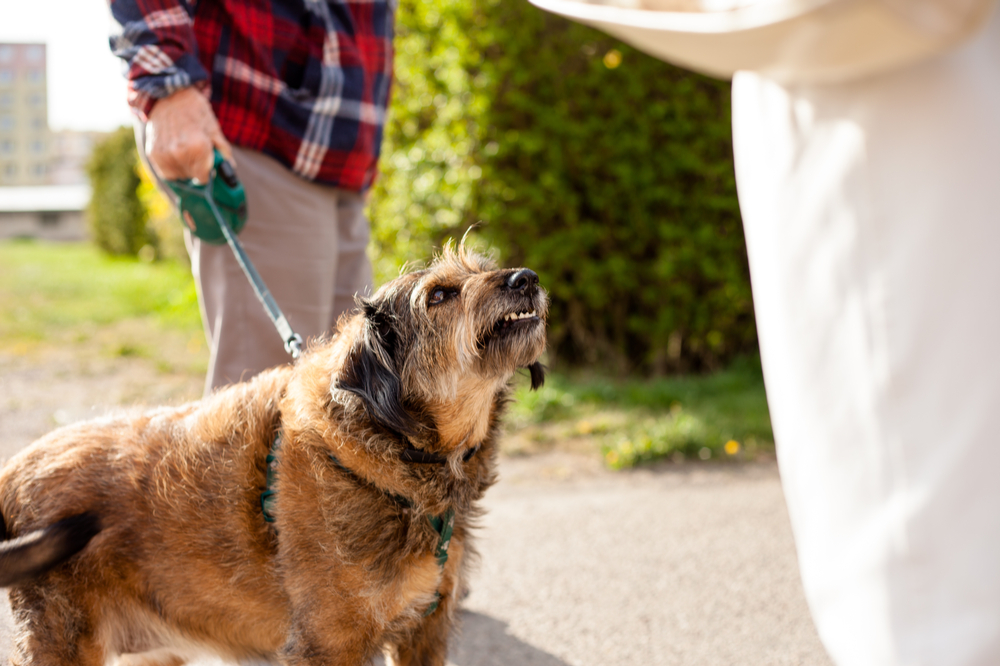