Supreme Court Chief Justice John Roberts once wrote that “The Employee Retirement Income Security Act (ERISA) of 1974 is an enormously complex and detailed statute and the plans that administrators must construe can be lengthy and complicated.” Furthermore, “in many ERISA matters, the facts . . . are exceedingly complicated.”

ERISA is an incredibly broad law that covers pretty much all non-compensation financial aspects of the employer-employee relationship. Examples include short-term and long-term disability insurance, group health insurance, and retirement plans.

Typically, in such areas, claims against an employer, plan administrator, adviser, or other figure are subject to exhaustion. In other words, the complainant must exhaust the available administrative remedies before an ERISA attorney in Wisconsin can file a damage claim in court.

However, it’s usually a good idea to partner with a lawyer well before the civil claim stage. Most claims settle during the administrative review process. An attorney may help identify problems with the claim and reduce the probability that the appeal will be denied.

A Brief Overview of ERISA Claims

Claimants are not the only ones who must follow the rules during the administrative review process. The plan administrator must also fully comply with all relevant ERISA requirements. At a minimum, these requirements include notice of the matter, a detailed reason for the initial denial, and an opportunity to air grievances at a neutral hearing.

A failure to comply with these and other requirements could independently support a successful lawsuit. In other words, even if the claimant loses on the merits, a Wisconsin ERISA attorney could still use a procedural defense to obtain a favorable result.

These ERISA lawsuits, whether they are appeals or technical challenges, are usually federal cases. Federal court cases are much more time-consuming than state court claims. Most federal judges have a long list of strict rules to follow. Furthermore, most judges have almost no patience or mercy in this area.

Additionally, there are no jury trials in ERISA matters. Instead, ERISA lawsuits are before a judge. There are some pros and cons here. Bench trials usually favor the party with the burden of proof. Instead of convincing twelve jurors, a Wisconsin ERISA attorney must only convince one judge.

However, judges are usually immune to emotional appeals which often sway many jurors.

At trial, the judge reviews the administrative record to determine if the denial of benefits was legitimate under the law. This legitimacy includes both the decision itself and how the plan administrator arrived at that decision.

This additional information could include “smoking gun” internal memos or emails which could make or break a claim. Due to this additional dimension, it is important to hire an attorney experienced in ERISA to ensure that appropriate discovery is allowed.

If the insured individual wins, the judge promptly orders the benefits plan to cover the insured’s claim. So, a successful ERISA plaintiff recovers the full amount of the benefit due under the plan. Moreover, a judge may also award attorneys’ fees to a successful plaintiff. However, the ERISA statute does not provide for punitive damages or damages for pain and suffering.

This law does more than guarantee a fair and open claims process. ERISA also forbids employers from discriminating against employees to prevent them from receiving benefits or retaliation against them simply because they tried to access employee benefits.

An ERISA discrimination claim can succeed if employers terminate employees to avoid paying benefits when the plan administrator learns about the size of the medical or other bills involved. Other examples include reclassification and reduction.

ERISA prohibits employers from reclassifying employees as independent contractors or decreasing employee hours so that the individual is not entitled to receive benefits. The employer usually has the chance to provide a neutral explanation in these situations (e.g. the company reduced hours or reclassified employees across the board).

Significantly, ERISA allows plaintiffs to name corporate employers, as well as corporate officers, who engaged in any unlawful discrimination or retaliation in their individual capacities.

During periods of economic instability, like we are experiencing now, employers may sometimes terminate employees with medical conditions who receive benefits through an employer-provided health insurance plan.

However, the law sharply limits this ability. Moreover, ERISA specifically prohibits employers from terminating, suspending, disciplining, or otherwise discriminating or retaliating against plan participants who exercise or attempt to exercise their rights under the law.

As mentioned above, if an ERISA discrimination or retaliation claim is successful, the plaintiff is entitled to immediate payment of the denied benefits. A successful plaintiff can also seek equitable relief, including reinstatement to his/her former job (if terminated in retaliation), back pay, front pay, and attorneys’ fees. Most courts have held that compensatory or punitive damages are not allowed in claims for ERISA discrimination or retaliation.

Breach of a Fiduciary Duty

An ERISA benefits plan must name at least one fiduciary who controls all operational aspects of a benefits plan. This fiduciary could be an entity or an individual. Frequently, the fiduciary is either an administrative committee or a company’s board of directors. Many insurance plans deliberately make it difficult to identify the plan administrator, in order to reduce the chances claimants will file lawsuits against them.

Since they act on behalf of all plan participants, ERISA imposes important responsibilities on the plan fiduciaries, such as the individual employee who receives health insurance through an employer-provided healthcare plan.

Their main responsibility is to operate the benefits plan solely in the interest of the plan participants and beneficiaries. ERISA also requires fiduciaries to discharge these duties with the utmost care, prudence, skill, and diligence, while they strictly adhere to the benefits plan’s documents. Fiduciaries who do not follow these standards of conduct can be sued for breach of fiduciary duty.

Possible penalties include personal liability, civil penalties, removal of the fiduciary, and criminal prosecution. All fiduciaries who fail to follow the standards of conduct set forth in ERISA may be personally liable to restore losses to the benefits plan or to restore any profits made through improper use of the plan’s assets.

Moreover, the Department of Labor could add a twenty percent penalty to the amounts recovered from the plan in the litigation. A fiduciary may also be removed and prohibited from acting as a fiduciary to ERISA plans. In extreme cases, criminal penalties may be imposed upon the fiduciary. 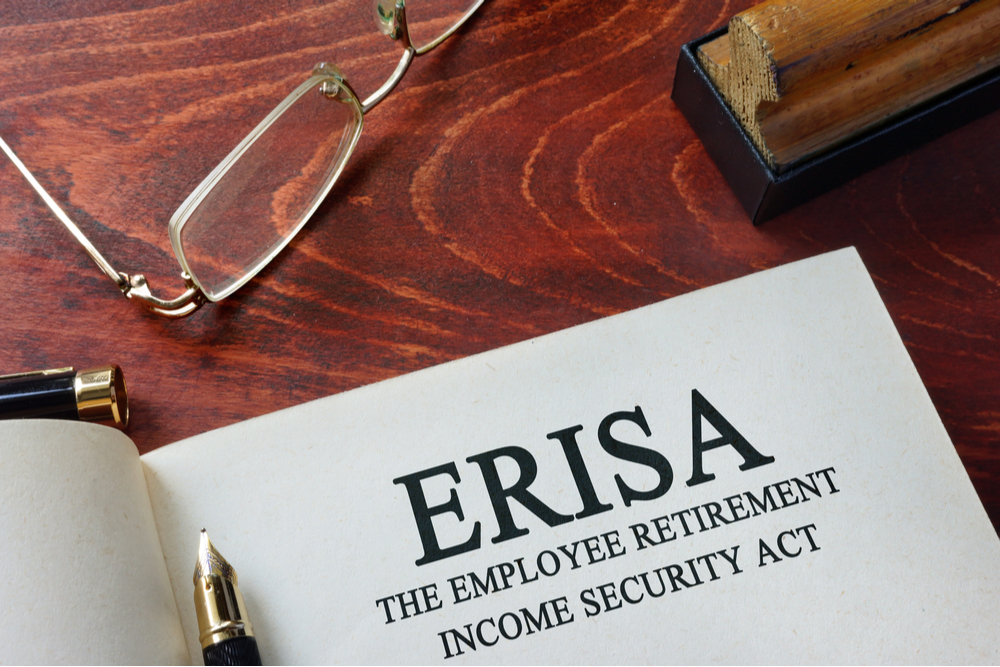