Are Motorcycle Accidents in Wisconsin More Common in Summer?

After more than a year of social distancing and complying with quarantine restrictions, many Wisconsin motorcyclists are eager to get back out on the road. Unfortunately, with the lifting of travel restrictions and with businesses across the country opening their doors, riders can expect the roads to grow ever more congested, especially as we officially enter the summer months. With more people on the road, comes the additional risk of collisions, which can be especially devastating for motorcyclists, who almost always suffer more serious injuries than their motorist counterparts.

How Common are Motorcycle Accidents?

Motorcycle accidents have been on the rise across the country over the last couple of decades, a trend that has largely been attributed to more congested roadways, more incidences of distracted driving, and a failure to update existing roadway design to account for increasing traffic. Unfortunately, Wisconsin is not immune from this trend and sees an alarming number of serious motorcycle accidents every year.

Where and When do Motorcycle Accidents Occur?

Motorcycle accidents, like any type of accident involving a motor vehicle, can happen just about anywhere, including on freeways, regular surface streets, parking lots, and even driveways. Reports do indicate, however, that motorcycle crashes tend to occur in some places more than others in Wisconsin. Local roads, for instance, see the highest number of motorcycle accidents. County highway crashes, on the other hand, while they occur less frequently, usually prove to be more deadly, with as many as five percent, resulting in a fatality, a number more than double that of interstate deaths.

Motorcycle accidents are also more likely to occur at certain times. Weekend evenings, for instance, have proven to be particularly dangerous times for motorcyclists, as have weekday afternoons. Unfortunately, summertime also usually sees a spike in the number of motorcycle accidents on Wisconsin roadways. In fact, the Insurance Institute for Highway Safety (IIHS) estimates that nearly 60 percent of the fatal motorcycle accidents that occurred in the U.S. in 2019 happened between the months of May and September. There are a number of reasons for this trend, including:

Unfortunately, many drivers are unaware of the risk that these factors pose not only to themselves, but to motorcyclists, who are much more likely to sustain an injury if involved in a crash.

The Likelihood of Sustaining a Motorcycle Accident Injury

Although there are cases of minor motorcycle accidents, these types of collisions are notorious for almost always resulting in an injury, at least for the rider. Of the 11,007 motorcycle accidents that took place in Wisconsin over a five-year period, for instance, 10,217 resulted in injury. Alarmingly, those injuries caused 394 deaths, of which 383 were motorcyclists.

In 2019, of the 1,806 motorcycle accidents that occurred on Wisconsin roads, 1,537 resulted in injury. Unfortunately, because motorcyclists are on much smaller vehicles and do not benefit from the protections of seat belts and airbags, they are more likely to sustain an injury in an accident. A crash that would only qualify as a minor fender bender if it involved two passenger vehicles, for example, could cause a motorcyclist to be ejected onto the roadway and into traffic.

The injuries sustained by motorcyclists often prove to be life-threatening. Organ damage and internal bleeding, as well as traumatic brain injuries, are particularly common and very dangerous for victims who don’t receive immediate medical attention. Other motorcycle accident injuries range in severity, including everything from abrasions and contusions to amputated limbs and compound bone fractures, while some victims sustain facial fractures, head trauma, severe lacerations, spinal cord injuries, and road rash.

Which of these injuries a person sustains will depend in large part on the nature of the accident. Motorcyclists who are rear-ended, for example, are much more likely to be thrown forward over the handlebars of their motorcycles and so are more likely to sustain head trauma, facial fractures, and broken wrists and arms (from trying to break their fall).

Motorcyclists who are involved in single-vehicle crashes, on the other hand, may be more likely to suffer from road rash and other skin injuries rather than impact-related damage. T-bone and head-on accidents, on the other hand, almost always leave the motorcyclist suffering from catastrophic injuries that could result in permanent disability or even death. Fortunately, the costs of treating these kinds of injuries can be recovered if the injured party can demonstrate that the accident was the result of someone else’s negligent or reckless conduct.

If you or a loved one were recently injured in a motorcycle accident, you may be struggling with mounting medical debt, frustration, and increasing uncertainty. You do not, however, have to go through this process alone. To speak with one of our dedicated Wisconsin motorcycle accident attorneys about your own post-accident-related legal options, please call Martin Law Office, S.C. at 414-856-4010 today. 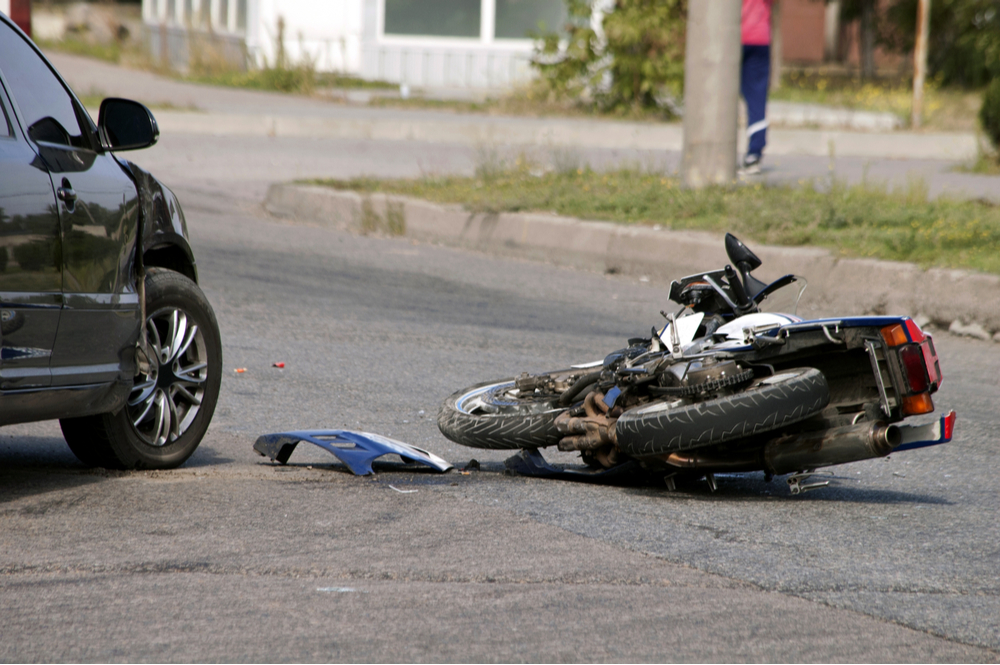