What Kind of Accident Happened on I-94?

Car accidents can have serious consequences. Some of these consequences include property damage, injuries and even fatalities. Because of the potential of serious consequences stemming from a car accident, it is important that drivers practice safe driving every time that they get behind the wheel. One important way to practice safe driving is to never drive while under the influence. Recently, an accident occurred on I-94 involving a driver that is suspected to have been under the influence.

The accident happened on November 15, 2020 near Mitchell Boulevard on I-94. Law enforcement officials state that a Milwaukee County Sheriff’s Department squad car was parked on I-94 with its lights activated and was in the process of conducting a lane closure related to ongoing construction when it was struck by a pickup truck. The pickup truck had deviated from its lane and hit the front driver’s side of the squad car. After the collision, the pickup truck stopped for a short time, but then proceeded to flee the scene of the accident. Law enforcement officials were able to locate the pickup and its driver. The driver was demonstrating signs of impairment and also failed field sobriety tests. The driver was arrested and subsequently charged with operating while intoxicated, hit and run, and deviation from designated lane. Thankfully, no one was injured in the collision. 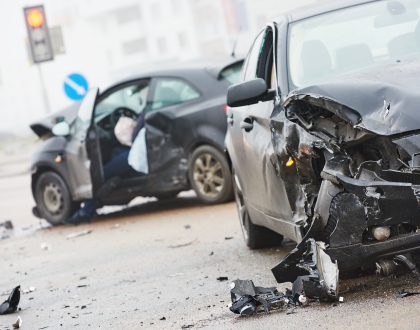