What Kind of Accident Happened in West Allis?

Spring has finally arrived in Wisconsin. Once spring arrives, it is common for many motorcycle owners to begin getting their motorcycles out of storage and begin riding them again. Motorcycling is intended to be an enjoyable alternative to driving a car. Unfortunately, accidents involving motorcycles can occur. When these accidents happen, it possible for the motorcyclist to sustain serious injuries because, unlike a car, motorcycles do not provide protector for riders on impact. Because of the limited protection that motorcycles offer in the event of a crash, these accidents can cause severe injuries and a lot of property damage. Recently, an accident involving a motorcycle occurred in West Allis, Wisconsin. 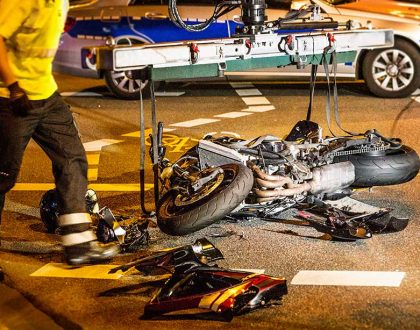 Some Steps that Limit the Risk and Severity of Motorcycle Accidents in Wisconsin 10 Things You Must Do After An Auto Accident Overview of The Employee Retirement Income Security Act How Severe Do Personal Injuries Have To be To Receive Compensation?