What Kind of Accident Happened on I-43?

On Saturday, March 28, the Milwaukee County Sheriff’s Office responded to a call of an accident on southbound I-43. The crash happened near North Avenue. The accident involved a semi truck. The semi truck had experienced a rollover accident and was laying on its side on the highway. When the semi truck rolled over, it spilled the contents of the truck. The contents of the truck was 55,000 pounds of cheese. The driver of the semi truck was transported to the hospital for injuries sustained in the crash. Fortunately, the driver only suffered minor injuries in the course of the accident. No other injuries or property damage was reported to have resulted from the crash. Following the accident, traffic was diverted off of the freeway so that crews could clean up the accident scene, including the spilled cheese.

This accident shows the importance of paying close attention to the roadways. Because the other drivers were paying attention and noticed the tipped over semi truck and spilled cheese, further accidents and injuries were avoided. Drivers should always practice safe driving such as avoiding distracted driving activities, traveling at a speed in accordance with the speed limit and safe for weather conditions, and paying close attention the roadway. By doing these things, drivers can help keep the roadways safer for all. 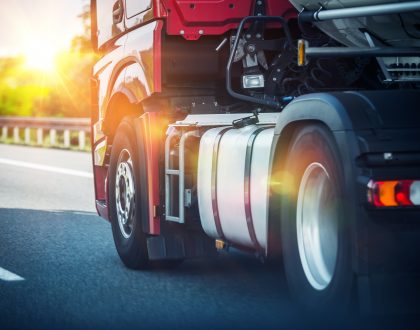